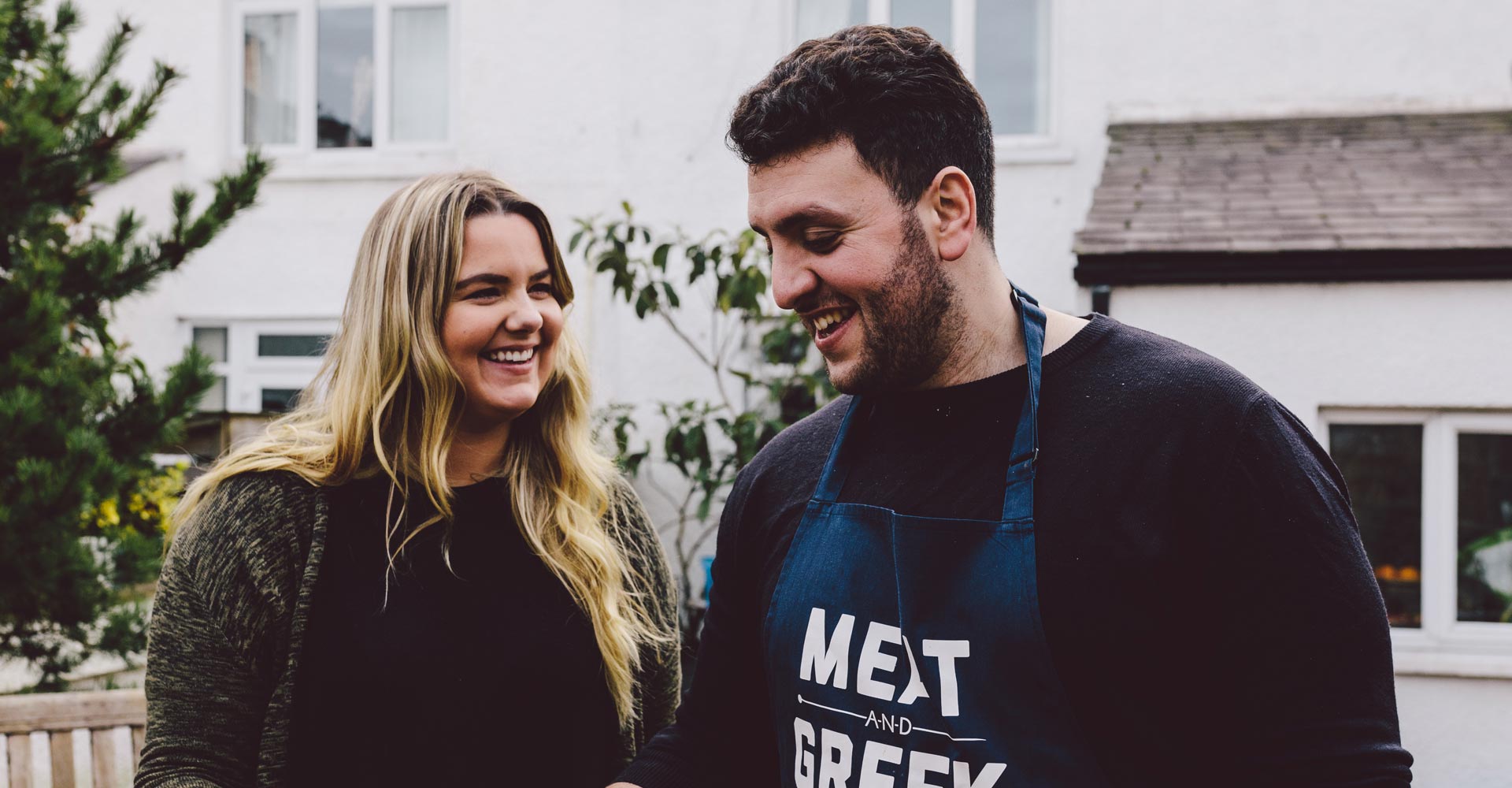 We Should be Souvlaki

When we took a punt on the Welsh capital in the summer of 2014, we weren’t expecting much beyond a few satisfied tummies. Fast forward 18 months and we’d quit our day jobs, served more souvlaki than you can shake a skewer at and tickled the taste buds of Wales’s most exalted foodies.

Greeks Don’t Do Food by Halves

When we started out street food was new to Wales, but in the villages and beaches of Cyprus – community cooking has been customary for many moons. In Greek tradition, sharing feasts with friends and neighbours is in the water- it’s a way of life.

We love street food because it reflects many fundamental things such as family, culture and community. Food is a very unifying and social way to bring people together. In fact, the brainwave for Meat & Greek occurred at a family BBQ.

There we were tucking into some lip-smacking souvlaki hot off the coals, that familiar heady scent wafting through the air, when the idea struck.

Could we fill the Greek-shaped hole in Wales’s culinary heart? Could we unite foodies and make them go gaga for Greek culture? We weren’t sure, but we’d certainly give it a try.

The Houmous to His Pitta

We are Lisandros Hajigeorgis & Sophie Tumelty- couple and co-directors of the Meat & Greek empire, and darn proud too. But one Greek & one Welshie can’t start a revolution on their own, so you’ll find us choppin’, toastin’ and servin’ at events with a little help from our respective families. 3 generations to be exact. Now, how’s that for authentic?

Straight from the Horse's Mouth

We think that our bona fide Greek grub is the business, but don’t just take our word for it. See what the local press and blogger community have to say about us:

“In their own way they have announced themselves as street food stars”
The Plate Licked Clean, 2014

“A regular fixture on the Cardiff street food scene; the homely comfort of warm pitta-bread full of hummus, salad and char-grilled chicken is just too good to resist.”
Wow 24/7

“The service is fast, everything is reasonably priced, and the staff are incredible.”
WeareCardiff.co.uk